Lesley is an experienced executive and non-executive director with a thirty year track record of working with boards to make step changes to standards of professionalism, performance and conformance. She has worked with leading multinational organisations in line marketing and interim management roles, in strategy consultancy with PwC and as an NED in a variety of roles within Lancashire. Lesley is currently a Board Governor of the University of Central Lancashire, where she also serves on the Audit & Risk committee. This combined with her previous roles as Vice Chair of the LEP, Chair of Marketing Lancashire, Director of the N&W Lancashire Chamber of Commerce and Director of Preston Vision, has given her a deep understanding of the social, economic and political landscape in Lancashire. She is a firm believer in the transformational impact exercise and sport can have on mental and physical wellbeing for people of all ages and abilities. 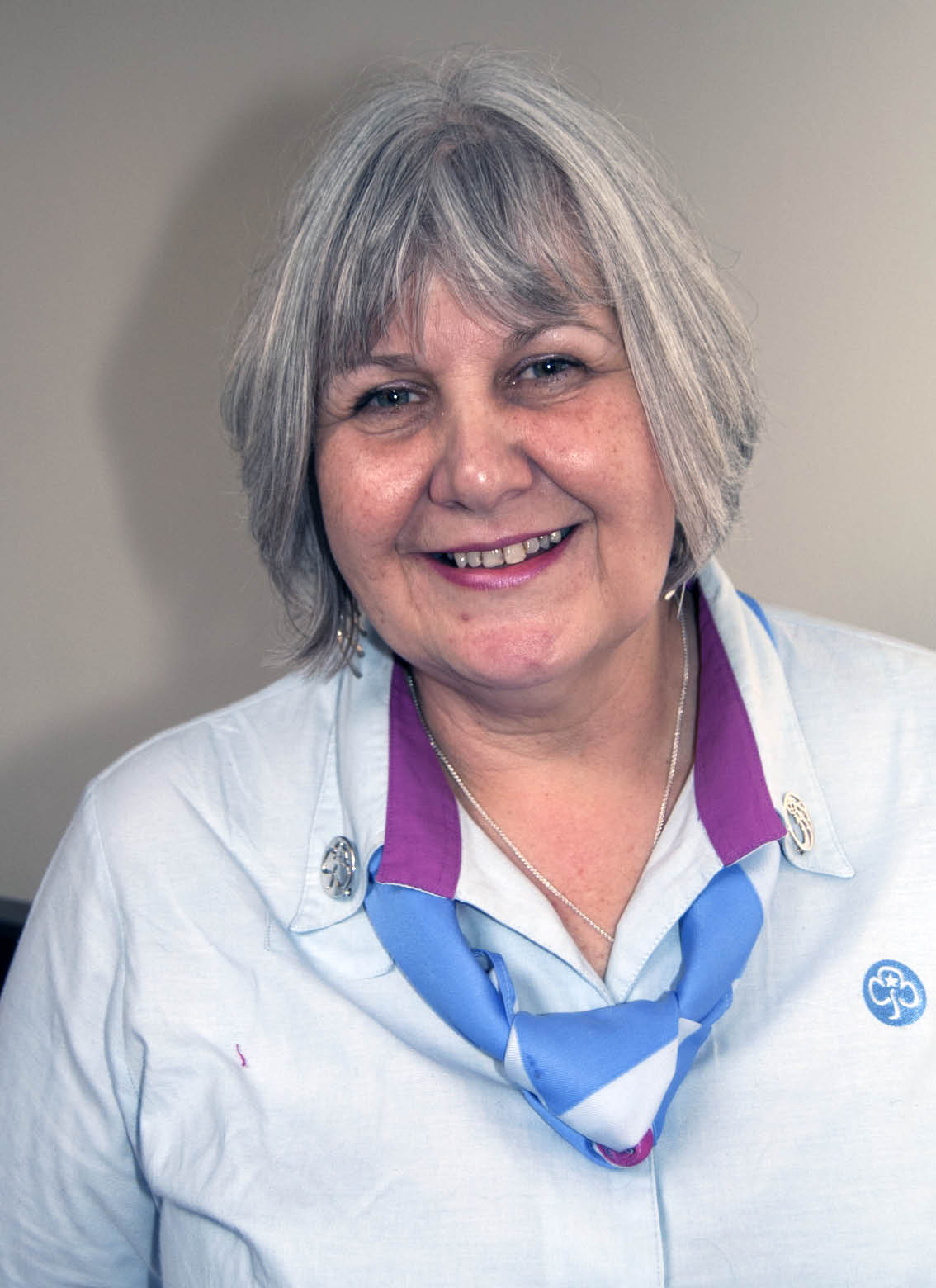 As well as being the lead for the County Councils libraries, museums and arts provision, Julie is the Chief Commissioner for Girl Guiding NW. As an established leader across some of the County’s most influential partnerships, Julie has a key understanding of the challenges facing the Leisure and Cultural sector in Local Government and across the voluntary sector, providing valuable insight into managing the financial and political landscape in our sub region and nationally. 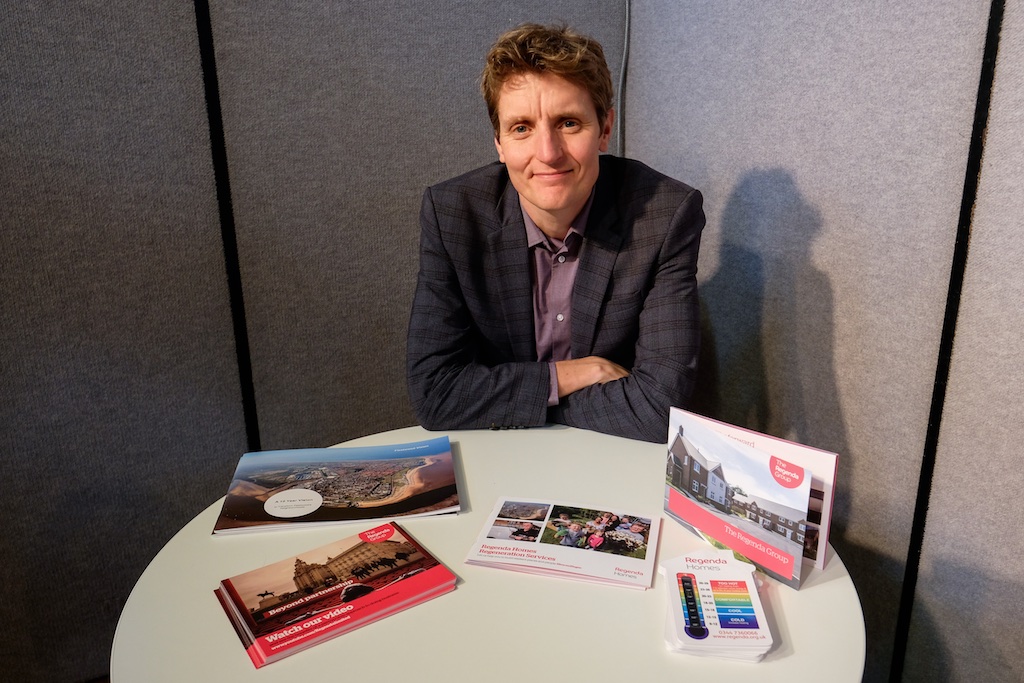 Chris is a well known and well respected sector leader in Regeneration. Currently responsible for leading Regeneration services for the Regenda Group, a north west based housing business, he has been developing and delivering regeneration approaches across the public, private and voluntary sectors for over 20 years.   A chartered Town Planner Chris combines his understanding of place with development economics and a people centred approach to innovate and adapt new thinking and delivery.

Leadership, innovation and commercial acumen mean that the Regeneration Services Team at Regenda have a bold and creative culture that continues to deliver outstanding results for a wide range of customers and clients.  Having transformed the business approach to regeneration for Regenda, he is supporting others to put regeneration and place-making at the centre of their approaches. Chris believes that effective, long term partnerships are the key to unlocking new opportunities for people and place. 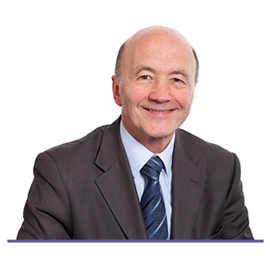 Geoff has worked in private sector executive roles for over 35 years across the UK and internationally, developing substantial experience as a Finance Director and in commercial and operational management. Geoff has implemented and scrutinised risk management systems and lead and managed change in organisations going through organic development, mergers, business restructuring and turnarounds. Geoff is also an experienced board member and has strategic links with many of our partner organisations. 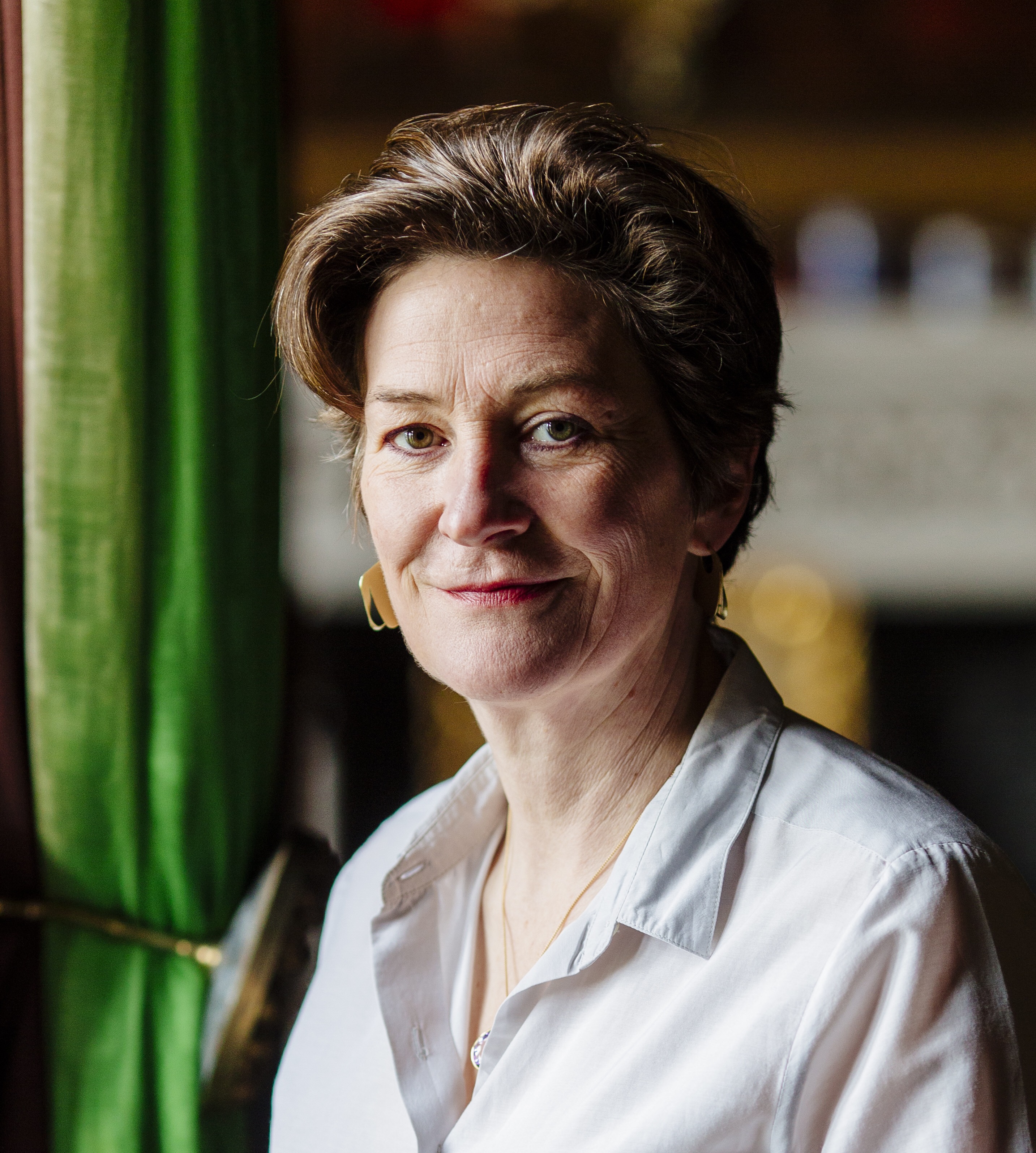 Amanda’s professional experience is in IT and business management, having run her own business in the sector for twenty five years. In 2011 she established a hospitality and events business at Browsholme Hall in Lancashire, and its success has led to her managing that, together with the estate, full time. Amanda has significant experience in the voluntary sector being a Justice of the Peace since 2005 and served as High Sheriff of Lancashire from 2015 to 2016. She is Chair of National Crimebeat, a youth crime prevention charity, and sits on other charitable boards in Lancashire, and nationally, as a trustee. Amanda has a long standing involvement in youth sport, particularly hockey, founded the young hockey umpire programme in Lancashire and was President of Lancashire Schools’ Hockey Association. She is still an active umpire and umpire coach for hockey throughout the north of England. Amanda sits on the assessment panel for the QAVS and was appointed a Deputy Lieutenant of Lancashire in 2016. 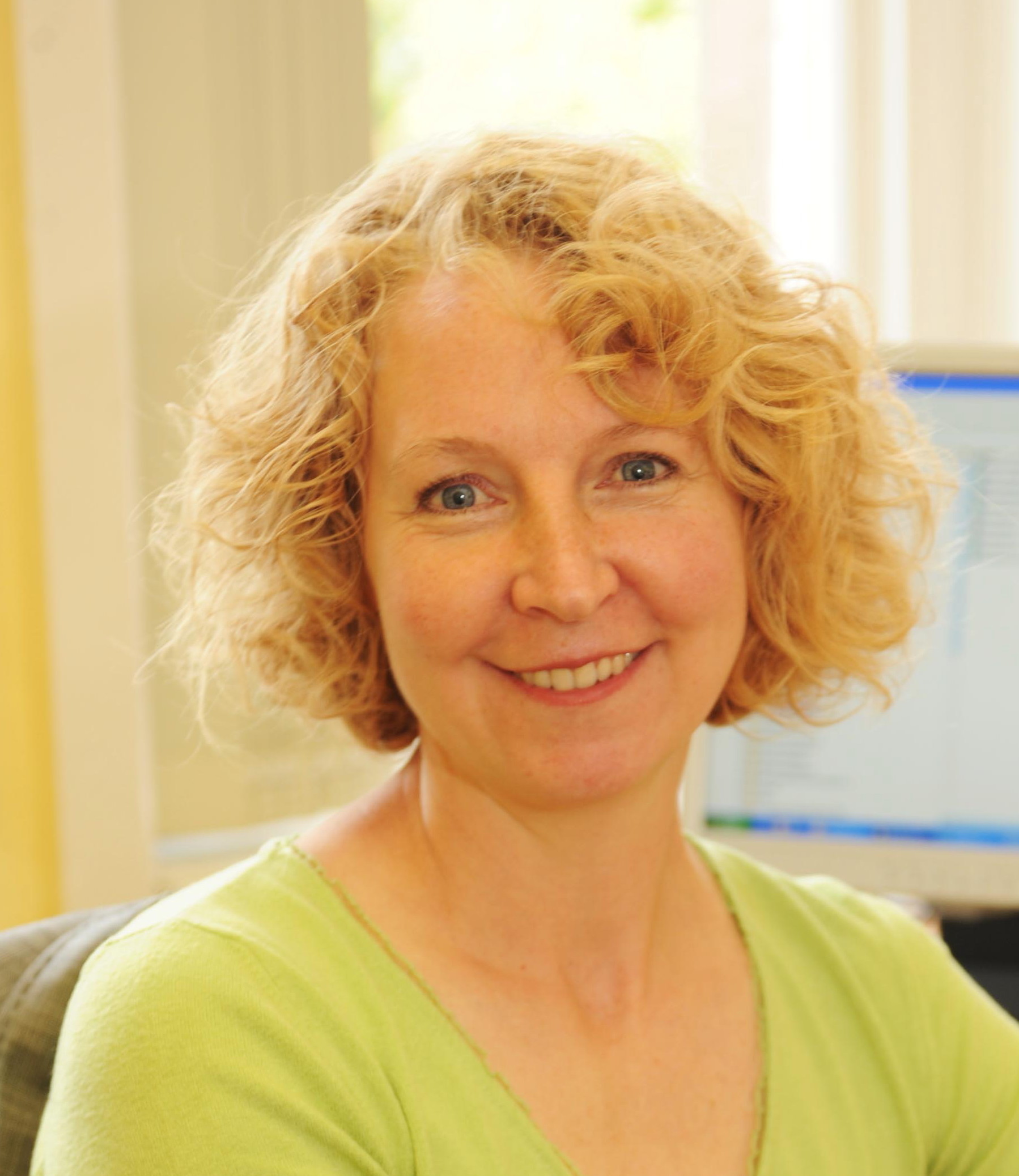 Ruth is Lancashire County Council's head of internal audit and has a deep understanding of good governance, risk management and internal control. She is a chartered accountant, whose previous work for PricewaterhouseCoopers included advising Sport England and central government on the Manchester Commonwealth Games, and consultancy work with the NorthWest Regional Development Agency.

Ruth is currently also a member of the governing body of the University of Central Lancashire, Chairing its Audit and Risk Committee. She plays badminton and squash regularly with a club in Preston, though not well! 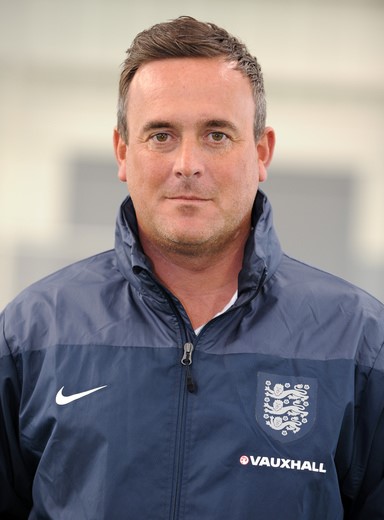 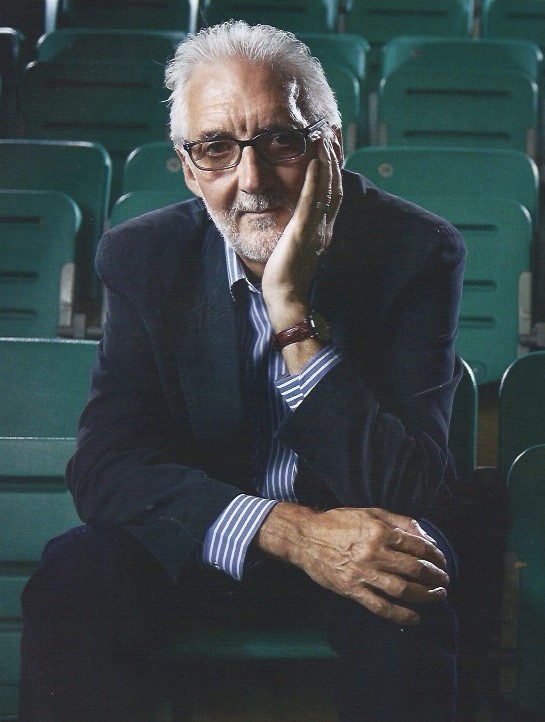 Brian Cookson has had rather an unusual dual-pronged career - covering leadership roles in urban regeneration and in sport. Brian began his career working in Local Authority before joining the environmental charity Groundwork. This then led to a series of senior roles in regeneration, including roles with Sefton Council and Pendle Borough Council. He retired in 2013, having successfully overseen large scale, transformative, programmes of housing improvement, heritage conservation, town centre renewal and economic development.

Throughout his professional career, Brian not only participated in the sport of cyle racing, but also became involved in the organising, managing and governance of the sport, on a voluntary basis. This led to him leading a new Board which transformed the British Cycling Federation into an award-winning national governing body, winning numerous Olympic and Paralympic medals and turning the sport into one of the most popular in Great Britain. Brian was awarded the OBE for services to cycling in the New Year's Honours of 1 January 2008.

In 2013 Brian was elected as President of the international cycling federation, the UCI. During his time at the UCI he implemented fundamental governance changes, including establishing a new Ethics Commission and made huge progress in improving neglected issues such as women's cycling and environment and pollution issues all around the world. Brian concluded his mission in 2017 and retired back to Lancashire, where he now lives and cycles, and still involves himself in organising cycling events. 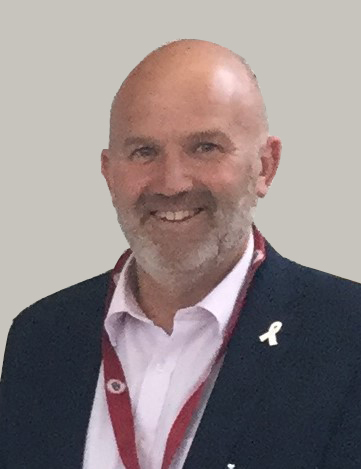 Simon is a member of the Chief Leisure Officers Association and the Lancashire Chief Leisure Officers forum. He has worked within a Local Authority environment for 25 years, during this time he has gained a considerable amount of experience and knowledge. Currently Simon’s works for West Lancashire Borough Council and his responsibilities include the leadership and management of the West Lancashire Leisure and Wellbeing Services including the Active West Lancs, Health and Wellbeing, More Positive Together, Community Leisure and Ranger teams.

Following a fifteen year clinical career as a Registered Nurse, Robin has worked within the higher education sector since 2002. He is currently Executive Dean of the Faculty of Allied Health & Wellbeing within the University of Central Lancashire in Preston.

As a health care professional and educator, Robin is an advocate of physical activity in the maintenance of both physical and mental well-being, which underpins his involvement with Active Lancashire.